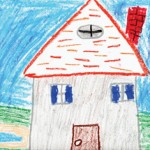 Transition House was founded by a consortium of twelve faith communities, along with the support of local service agencies, in 1984. For the first two years of its existence, families and individuals experiencing homelessness were housed in local church basements and fellowship halls—moving from one congregation to the next every 30 days. Volunteers from each congregation provided food and overnight supervision.

Transition House’s history of community support continues with over 40 service or faith-based organizations and 900 volunteers donating their time and talents each year. Area merchants help by donating time, materials, and contributions to the agency’s efforts. Many businesses also offer meaningful employment with benefits to residents of Transition House. Santa Barbara’s compassion, generosity and commitment to its neighbors will continue to support Transition House’s efforts in years to come.